The  western coast of  India has a lot of beautiful beaches.  Here you find soft  fine  sand, clear  warm   waters  and  plenty of  sea food, provided  you like the  spicy kind !   Most  of the   beaches  are   close to  fishing    villages,  where for  generations  the  people  has  depended on   the  ocean    to make their  livelihood.    Varkala  too is one  such  beach – beautiful   coastline,  soft  sand , shallow  waters  and plenty of  sea food to go around !

Varkala  is  in  coastal Kerala ,  about  50 KM  from  Thiruvananthapuram,   the  state  capital.    The Geological Survey of India  has  declared  the  Varkala  Cliffs as  a geological monument . This  is the only place in southern Kerala where cliffs are found adjacent to the Arabian Sea.   There are a  few popular  beaches  here –  Varkala Cliffs ,  Papasnanam,  and  Kappil.

Of  these Papanasanam (also known as Varkala Beach),  has  more  religious  significance.  Papanasanam in Malayalam  means  removal  of  sins. The natural spring  in this  beach is  believed to have healing powers, and a dip in the waters here is believed to  cleanse the body and  the  soul.   It is  a  popular  place  to  scatter  the  cremains.   This is  undoubtedly beautiful beach  but  tends  to get  crowded on  days  of  religious  significance. 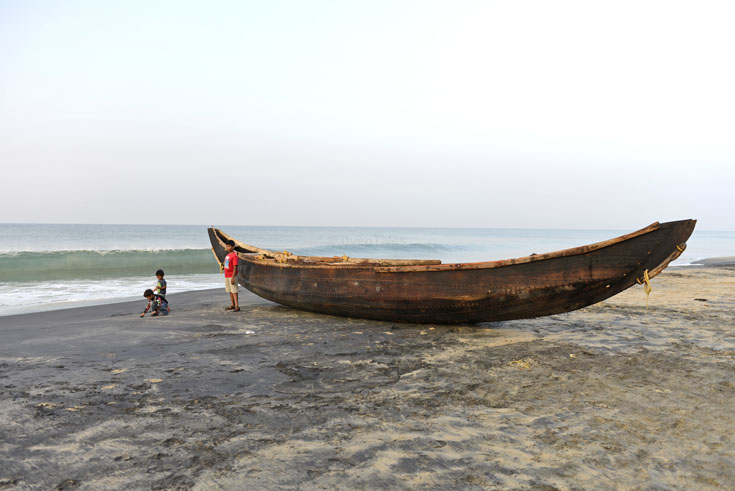 A traditional fisherman’s canoe waiting on the beach.

There is an old   temple – Janardhanaswamy Temple –  overlooking the  Papanasanam beach. It is  believed  to be  have been there for  around  2000  years.  The  day I visited the temple , I  witnessed  a  devotee  being  turned  away, rudely, because he didn’t look “hindu” .  The  gentleman had  been   practicing the  Hinduism for  over  10  years  and  had  been  to very many  religious  sites  all over  India.  Intervening  on his  behalf  I was  told  that “If I let  HIM in  – how  many more  do I have to allow  in ?”. Another  temple official intervened  and  after  asserting  that  he is in compliance  with the  posted  rules , he was  allowed in.

Fortunately this  is not the  case   everywhere. I would   also  like  to point  out  that  Sivagiri Mutt  is  close  to  Varkala.   This is the monument to Sree Narayana Guru, whose  ideology was  “one caste, one religion and one God”.   Very many people  of  Kerala, understand and  appreciate  this  message  and  work  together ignoring  these  social barriers. 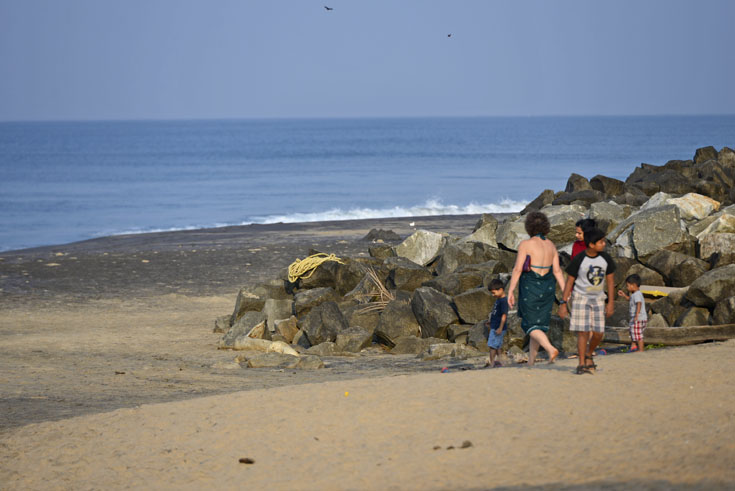 This is the place for a morning stroll – Coffee in hand ! 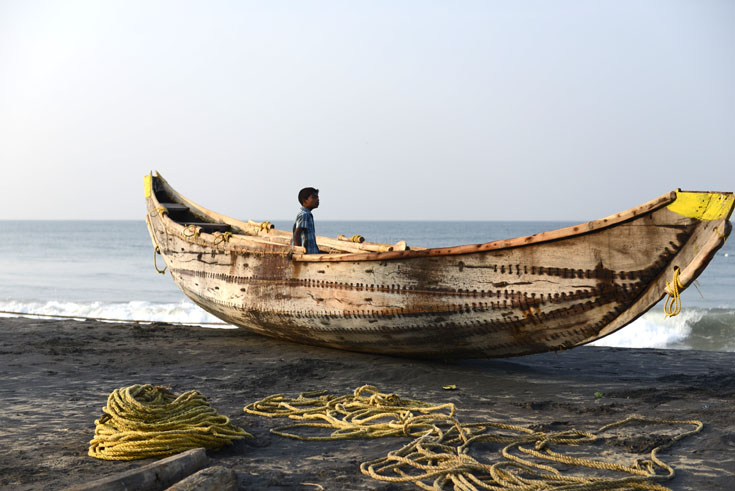 A boat and its owner ? 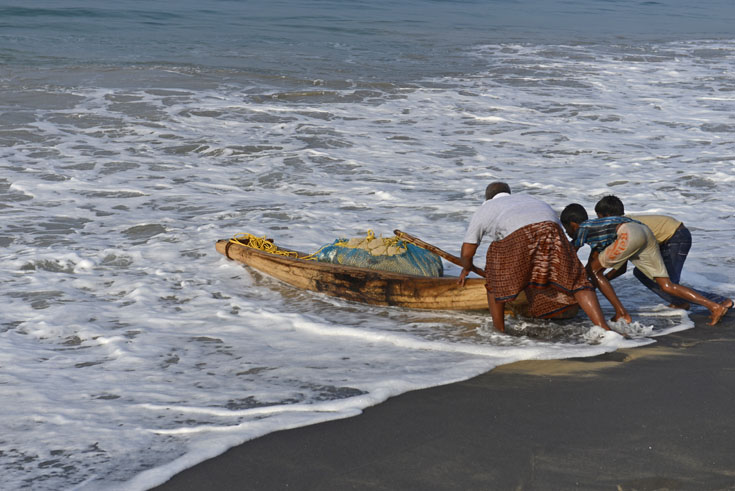 A fisherman setting out in the split log canoe – his sons lending him a a hand .

Many a  fishing  nets   are cast in the night or in the  wee hours of  the morning .  The  fishing community is  abuzz  before  sundown. Take a  stroll  on the beach in the morning and you hear  their  rhythmic  chants  as  they pull in the  large Purse Siene  nets.  Once the  catch is  inspected  and  determined   the haggling  begins …  They  say  this a  universal art of  deal making. Though I do not understand this language, I was  definitely  amused  by their  flair for  drama. 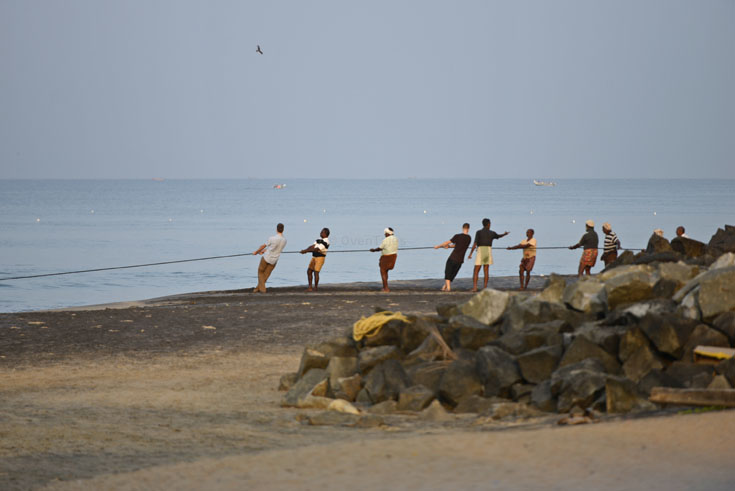 Tourists lending a hand to haul out the net 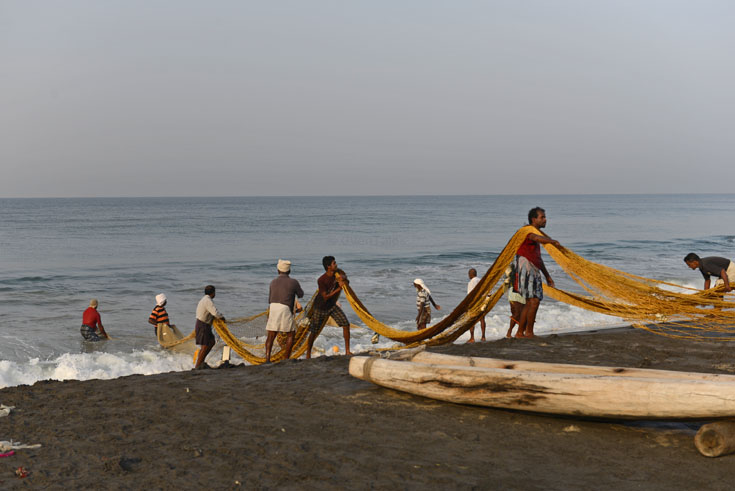 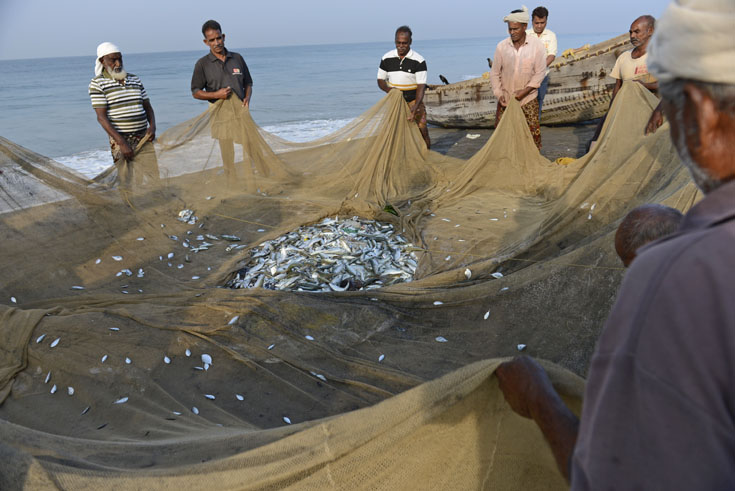 .. and here comes the catch of the day 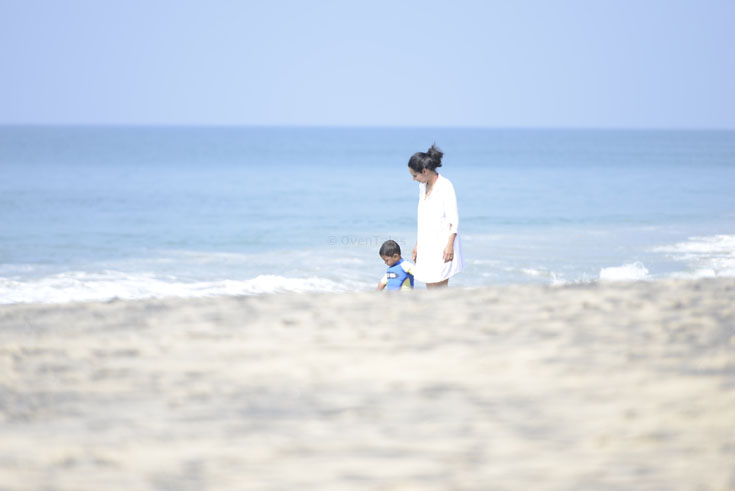 Varkala – taking a stroll on the beach 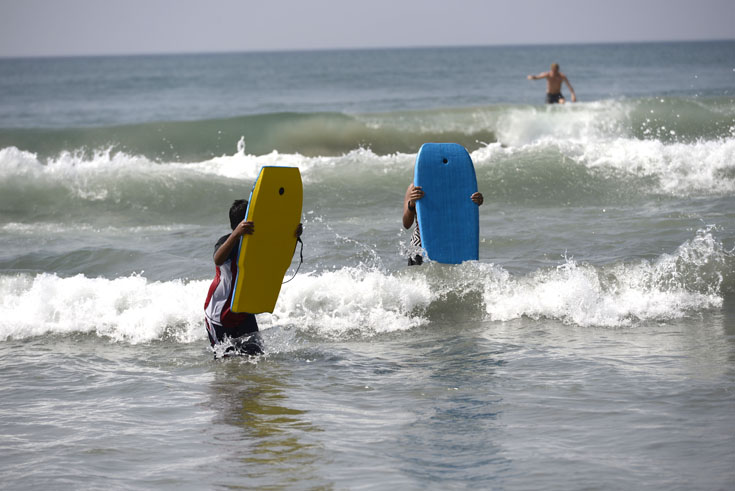 Catching some waves at the Varkala Cliff Beach

The cliff is a tourist hub . Top of the   cliff is   lined   with   cafes and shops   selling souvenirs. If not in the mood for shopping you can   avoid these completely and climb down   to a beautiful   beach .  Take a walk   along the beach   to either   side   to leave the   tourist hub behind .  This is  the  place  for  you to break out your boards, or to  just   take a dip and sun bathe …

This beach is  not  as  commercialized  as  the  popular  beach – Kovalam.     I would  still caution you to keep your  wits  around , especially if  you have   children   with  you  or  you are  travelling  single. 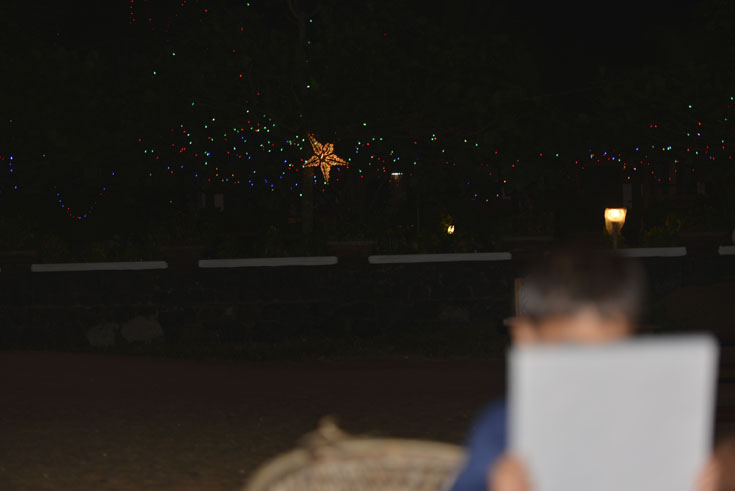 Trying to read the menu ..

Like I mentioned  earlier – dinner at the  beach !!   Ocean on one  side  and the  Christmas  decorations on the  other …

How To Reach : Nearest  railway station is Varkkala Sivagiri Railway Station.  One could  fly into the  Kochi airport or Thiruvananthapuram  airport  and  drive  to Varkala  as  well.

Late Dec  – beginning of March .  March – June  is  very humid  and  hot. June – August   and  mid  to late Oct –  Mid Dec are  the  monsoon months  when  Kerala  when  intense  showers are  common.   The  monsoon months in Kerala is  a unique  experience but  chances are that  the  beaches  are under water  most  of  this  time .

This is an ideal  beach vacation in south India, without  the  usual tourist traps. From the religious to adventurous you can find something for everyone in the group here.

Things To Keep In Mind

The local people are nice, but if you are not from Kerala or do not speak the language, make sure that you are in familiar surroundings by night fall.

Where ever you are staying, bring a flashlight along.